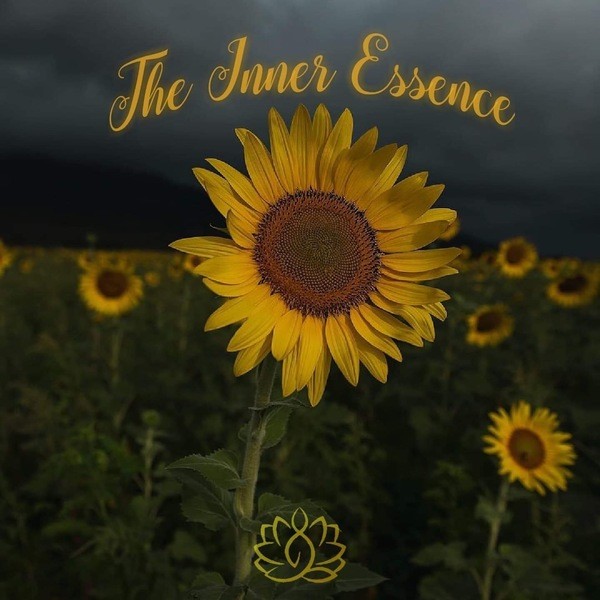 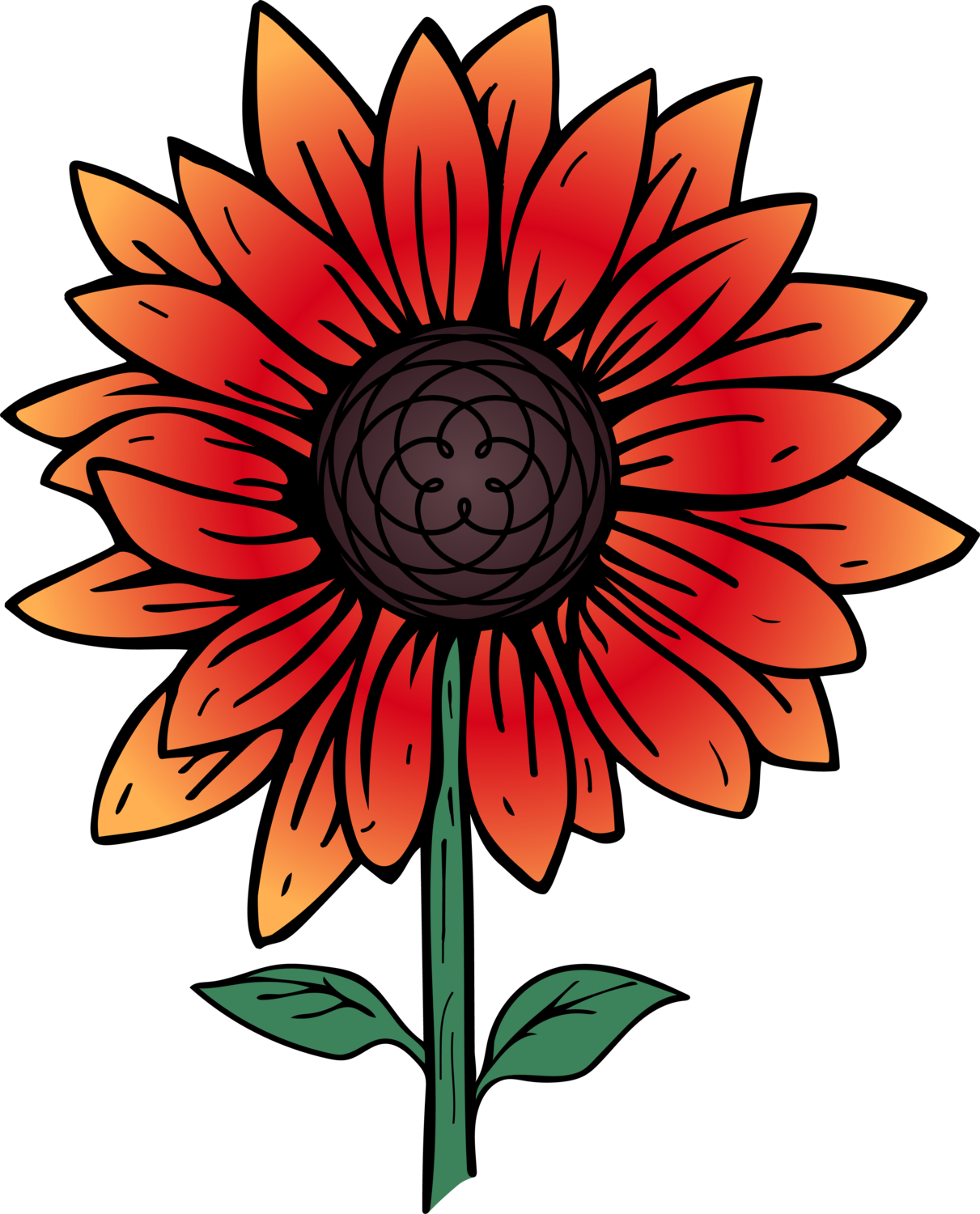 In this package you receive a largely discounted price for the J Seal Removal healing and training as well as the DNA Activation. Become the master of your reality and unlock dimensions of being that a blocked and implanted mind and dormant and traumatized DNA could not allow you to access before.

We begin with the J Seal Removal, two weeks later following with the DNA Activation, and then 3 weeks later the training.

Each session can be discussed upon purchasing through email or messaging.

J-seal Removal Information: What to expect:
- Original Divine Blueprint restored- the removal of these J-seals is the most important thing a personcan do at this point in time- better connection to Higher self- assists in the DNA activation process- receive much more intuition from your Higher self and you can startmaking your free-will choices in line with the Higher self- restore our organic imprint for optimal health and well being- a natural light will be restored, not only to us, but the Earths Crystalline Grid- evolution towards frequencies of love and higher dimensions- more psychic skills noticed- reach higher states such as bliss and unconditional love- back, neck and knee problems dissipate- breathe better- better circulation
J-seal Removal is a specialized method of permanently removing on all levels of ones’multidimensional anatomy what are known as the 7 Unnatural Jehovian Seals and otherunnatural seals and implants that are within our mind-body-spirit system. The JehovianSeals are sometimes called the “death seals”, because if they are not cleared, they result inbodily deterioration and eventually physical death. They are located on the left side of thebody, on what is called axiatonal line Many people report physical problems in the exactareas where the seals are located and once they are removed, their health and experienceof life improves significantly. These seals are talked about in many ancient texts. The sealsactivate in response to Stellar Activation Cycles (happening now) and when the sealsactivate in the body, they can manifest in physical illness if they are not cleared. Theseseals are responsible for many of the pains and problem areas that people have on the leftside of their body. The Stellar activation cycle is 2012-1017 which allows certain seals toopen and star gates to open which prepares the earth and everyone on it for ascension.There have been many interferences with the evolution of humans on earth by many races.This is how the JSeals got into earth and humans to begin with.

How do these seals in the Earth’s grids affect people living on the Earth?

It is important to understand that the Earth and our bodies are built energetically the same way and that we are directly connected to the Earth. Knowledge of 15th dimensional anatomy, the structure of the 12 strand DNA template, Kathara Grid, chakras, meridians, axiatonal lines, star and seed crystal seals are important to be able to understand this. The basic understanding is this – if someone does something to the Earth’s grids, then they are immediately doing the same thing to everyone’s personal grids, DNA templates, chakra systems, etc.

So if you poke holes in the Earth’s grids, you are poking holes in everyone’s personal energy grids as well. Since the 7 Jehovian Seals exist in the Earth’s grids, we “inherit” these into our own grids. So everyone on Earth has these 7 J-seals in their bodies on their individual axiatonal line 7. There have been many, many cataclysms in Earth’s history that have affected us, and this is what has reduced our life span, brain function, and spiritual awareness. But the 7 Jehovian Seals are the worst of these, especially now, because we are in the middle of a Stellar Activation Cycle, so the seals are activating in peoples’ bodies, causing degeneration and many different physical, mental, and emotional problems. The seals look like energetic “plugs” that run down the left side of the body when seen etherically. We have developed a way to quickly and permanently remove these J-seals, as well as many other unnatural implants and seals that have been inherited from distortions in the Earth’s grids.

So whenever the normal seals that are in the middle of the earth and the middle of ourpersonal grids open up, then the corresponding JSeal would open up. The purpose of these unnatural Jehovian Seals is to drag Earth and all of its life forms into the Phantom Matrix.Humans are not meant for death and are built with 12 dimensions of consciousness. Andafter the person can change their cells and ascend to go between dimensions. After DNAdistortions, JSeals and many other things, we have not been able to do this in over 200,000years. So this is why the earth has been stuck in 1st, 2nd and 3rd dimensions and not ableto ascend. At this particular point in time we have enough frequency on the planet toascend this time when the star gates open. It is so important to clear these JSeals now.Even if you are an Ascended Master and you incarnate on this planet, you will have theseJSeals that need clearing.

J-seal 6 – Alta major (where skull rests atop the spine), hypothalamus, and top of left

The effects of the J-seals happen anywhere between 3 and 12 months AFTER the J-seal opens. So if you have had problems in these areas in the last 4 to 5 years on the left side of the body, it may be related to the J-seals. So when you clear the JSeals, physical problems no longer manifest.

There are other unnatural seals and implants which we also have to remove besides JSeals which we will get to at the end. But it is time to raise your frequency and enhance the Life Force Energy flow throughout your body thus preventing many future diseases from manifesting.

The session itself will last from 30-45 minutes depending on how much resistance we encounter. At the end of the session, you should feel somewhat different, although most people find it hard to put this into words. It's because your energetic circulatory system will be working according to your Original Divine Blueprint for the first time in many thousands of years, so it takes some time for the changes to integrate and the person to get used to this. Clients report that they have much more energy.

One of the most important benefits of this session is the increase in psychic abilities and inner sight that result from J-seal 3 being removed in the pineal gland. So you should notice in very calm states of mind like theta, that you are receiving much more intuition from your Higher self and you can start making your free-will choices in line with that. Also, most people who have physical ailments in the areas of the J-seals start to see these gradually or sometimes even spontaneously disappear after the session. If you have problems in these areas on the left side of your body, set your intent to also be free of these during the session, and we will work with your Higher self to carry this out.

How Did Humanity Inherit Unnatural Seals?

energetic distortions in the human body known as unnatural seals as they were NOT created by Source/God. According to Voyagers II by Ashayana Deane, fallen intruder races known as the Jehovian Annunaki created ancient implants in the earth’s grids. Since humans share an energetic connection with the earth, we inherit these distortions at birth. These distortions affect your genetic structure and your ability to ascend. If holes are poked in the earth, those holes are poked in you. These seals literally manifest death and have created a cycle of death and reincarnation for millions of years.

Even animals also have JSeals. Everything that is a living organism is affected. Children do not want to grow up this way and they also need to be cleared as soon as possible. It is no wonder people are walking around asleep. They cannot receive clear guidance from their higher self. People cannot connect easily to their higher self to be aware of why they are here, what they are here to do, and how to pull in this information, etc.

This form of Reiki is similar to the previous Reiki technique however it goes much deeper into the spiritual sense of it. While Reiki Healing is for everyone, Reiki DNA may not be. This form of Reiki activates the dormant strands of DNA to help further our ascension process becoming in tune with our capabilities, as well as clears all blocks and stagnant energies in the Chakras and etheric fields.

DNA (De-oxyribo-nucleic acid) is like processing and storage centre of our cell just like CPU of a computer. Hence it is also called as ‘blueprint of life’. Each human cell has 2 strands of double helix DNA.

What is Reiki DNA Activation?

Along with the 2 physical strands of double helix DNA, we have additional 10 etheric strands (or 5 pairs), of which have been dormant since the beginning of the human history. Researchers say that we use only 3% of the current 2 DNA strands. The DNA activation process activates not only 2 current strands to 100% but also 10 dormant etheric DNA strands. With this, we become a multi dimensional being with excellent psychic, telepathic and manifesting abilities by using more than 10% of our brain.

So what are the 12 strands of DNA?

1st pair – Physical body pair which is active. Only 1st pair is physical and active but we use only 3% prior to DNA activation. Rest other 5 are non- physical and dormant. 2nd pair – EQ (Emotional Quotient) level- e.g. types of personalities introvert or extrovert. 3rd pair – Genetically mental profile like logical, creative thinking as of engineers, mathmeticians, artists. 4th pair – Soul’s Karmic profile i.e. lessons to be learnt to balance karma and genetic soul’s mission, which describes the soul pattern- teacher, healer, warrior etc. 5th Pair – governs our soul cluster. This pair controls the movement and timing of specific souls within a soul cluster (or group) to seek and find each other to the mutual fulfillment of their souls purpose.6th pair – aligns all DNA strands with the Divine.

Save this product for later

The Inner Essence sells products that are completely handmade in small batches for each individual. Every product is crafted with organic, vegan, toxin free, skin safe, natural and no B.S. ingredients.

Every service and product is provided and created by Cici Chapman who is an herbalist, and certified healer. Working to create a world of peace by creating anchored alchemy that brings remembrances and intentional living to each individual, and healing to awaken our power and love within once again.